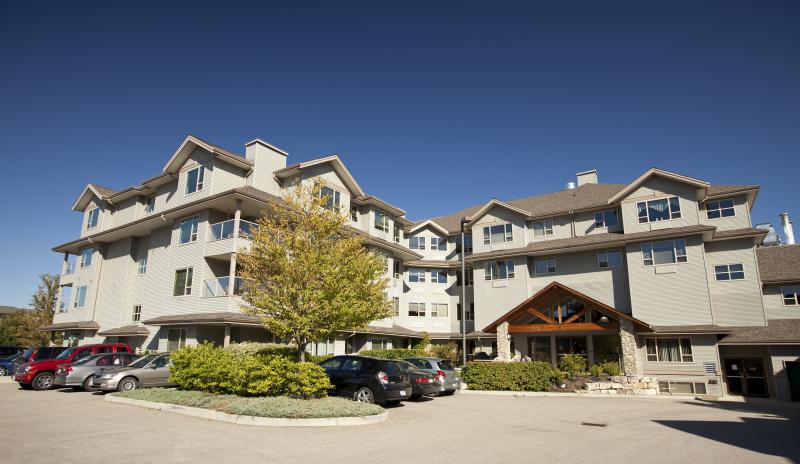 More than half of Interior Health long-term care home residents in Kelowna rate their overall quality of care as excellent or very good, while only 37 per cent of residents say they can bathe as often as they like, according to a report by the Office of the Seniors Advocate.

Isobel Mackenzie, B.C.’s seniors advocate, released a 52-page report billed as the largest survey of its kind in Canada of elderly people living in B.C.’s long-term care facilities in September, and recently she released detailed survey results from every care facility in the province.

The 108-question survey focuses on the quality of care in homes from the perspective of the people who live there.

When analyzing the survey results, Mackenzie said it is useful to look at how each facility ranks compared to the provincial average.

“It appears that David Lloyd Jones is not doing worse in any area and is doing better (than the provincial average) in quite a few areas,” she said. “Mountainview (Village) and Spring Valley Care Centre are a little more of a mixed bag, and Sun Pointe Village only has one area where they’re doing worse than the provincial average, but 10 areas where they’re doing better.”

Sun Pointe Village had the highest percentage of care home residents in Kelowna who said the overall quality of care was either excellent or very good — 68 per cent, compared to the provincial average of 50 per cent.

“There is some extraordinary leadership at Sun Pointe,” she said, singling out administrator Rachel Lewis. “She’s got a lot of energy and she is a very resident-focused person. She’s constantly challenging her team to ensure wellness of the residents and that all our decisions are based on what makes our care best practice.”

Mountainview Village had the lowest percentage of residents in Kelowna who rated the overall quality of care as either excellent or very good, at 35 per cent.

Three Links Manor and Cottonwoods Care Centre tied for the highest percentage of people who rated the overall quality of care as either poor or fair — 25 per cent each, compared to the provincial average of 15 per cent.

Sutherland Hills, recently renamed Mission Creek Landing, had the highest percentage of residents who said they wanted to live in their care home, at 70 per cent, followed by Spring Valley, at 68 per cent.

The provincial average of people who say they want to live in their care home is 61 per cent.

Mountainview had the lowest percentage of residents who said they wanted to live in their care home, at 40 per cent of people.

Sutherland Hills also had the highest percentage of people in Kelowna who said their care home feels like home — 74 per cent, compared to the provincial average of 57 per cent.

“I am not surprised the residents rated the home as being home-like,” said Wendy Calhoun, director of operations with Kaigo Senior Living, owner of the care home.

Staff work hard to foster a feeling of home for the residents despite it being an older building, said Calhoun.

“It’s not all about the bling and the pictures on the wall. It’s about how you feel and how you’re treated,” she said. “We want our residents to feel like that is their home.”

Sutherland had the second highest percentage of residents in Kelowna who said they rarely or never bathe as often as they want, at 64 per cent, topped by Spring Valley, at 77 per cent.

The provincial average of people who say they cannot bathe as often as they want is 50 per cent.

Calhoun said the lack of choice about bathing is due to a weekly bathing schedule at the care home.

“That’s something we definitely need to look at moving forward,” she said.

David Lloyd Jones had the highest percentage of residents in Kelowna who said they can bathe as often as they want either always or most of the time — 62 per cent, compared to the provincial average of 37 per cent.

While some areas, such as bathing and getting help to use the toilet, can be improved by adding more staff, some of the social issues are more difficult to address, said Mackenzie.

Village at Mill Creek had the highest percentage of residents in Kelowna who said another resident is a close friend — 49 per cent, compared to the provincial average of 33 per cent.

One of the major reasons people living in care homes feel lonely is because they are put in facilities with people they may share nothing in common with or who are in different stages of life, said Mackenzie.

“We’ve thrown everyone of all care levels in the same care facility,” she said. “I think we have underestimated the effect of throwing everybody together, assuming they’re going to get along and enjoy each other’s company just because they’re old.”

Mackenzie has requested the health authorities conduct the same survey in two years, and the Office of the Seniors Advocate will be conducting the survey in 2021-22.

For full survey results, go to www.seniorsadvocatebc.ca and click on reports and publications.