Youth in detention gets another 'mom' for Christmas 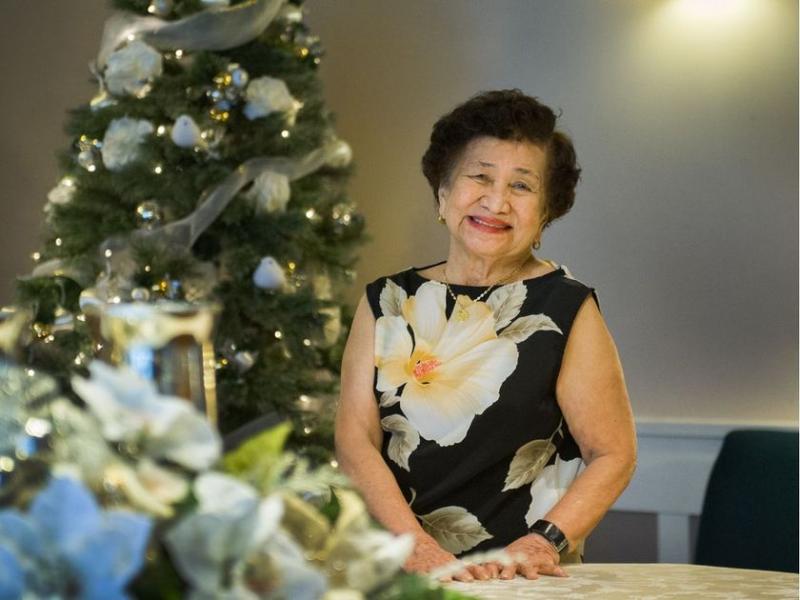 In 1982, the first year Evelyn Florendo volunteered to cook Christmas dinner for kids in custody at the Burnaby Youth Detention Centre, one girl in particular caught her attention.

“She was only 15. She was very busy, working so hard, helping me, serving the food, cleaning up the food,” said Florendo, now 81. Florendo asked a guard for the girl’s name, and approached her at the end of the dinner. “I said, whatever leftovers you want, you can take them to your room.”

If Florendo could have given the girl the world, she would have — because although the girl would never know it, her willing spirit, her effort and attitude, had helped Florendo.

Six months earlier, Florendo’s husband had died suddenly of a heart attack, leaving her alone to raise four small children. She never got to say goodbye.

“No one ever helped me when my husband died. No one helped me with my children,” said Florendo, who now lives in a local retirement community.

Florendo, then a legal secretary for the B.C. Labour Relations board, was consumed with grief for months. Then, one day she read a story in The Province about the terrible conditions at the detention centre.

“I read about the children cutting themselves and trying to commit suicide,” said Florendo. “I went right down to the B.C. ombudsman, who was in the (same) building, and I said I want to do something for the children.”

“My first Christmas in prison was so sad,” said Florendo. “But it relieved me of the pain I was suffering from after the death of my husband. It was consolation.”

She has continued the tradition for 35 years, and in 2012 received the Governor-General’s Caring Canadian Award for her work (it is now called the Sovereign’s Medal for Volunteers).

But Florendo doesn’t just dish out turkey with trimmings. She goes to each child with a special message. “I go around and hug them and say ‘I love you’ in their ears.” Some of them call her “mom”.

She also visits on Valentine’s Day.

Florendo was touched to learn that the children remember her efforts when, several years ago, she came out of a store on Granville Street to find a huge truck blocking her car. “I started screaming at them, ‘I hope you didn’t hit my car’,” said Florendo, laughing at the recollection. Suddenly, a man emerged from the truck, calling out, “Mom, mom!”

It was one of the former detainees, now grown up. “Mom, if you ever need anything, you can call on me,” he told her.

“I felt their gratitude,” said Florendo.

This year on Dec. 15, Florendo fed, hugged and loved 35 children in detention. She’s not planning to stop.

“Every year, I say I think it’s the last year. But come October, I am already thinking what should I do, what should I cook. I’m thinking about the volunteers, the food, and the children.”